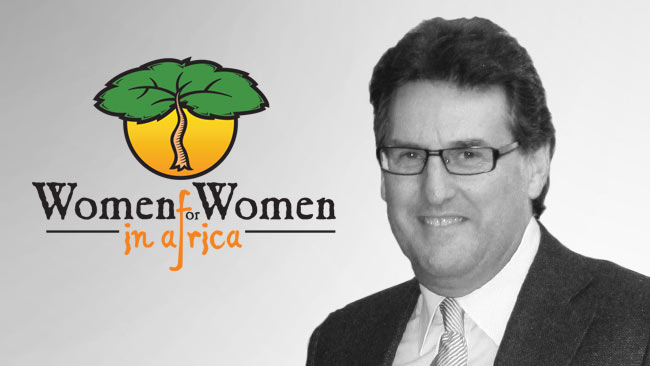 Tino is married to Julie with two sons and four granddaughters.

Tino retired after 35 years in the Exhibition Industry in 2008 after selling the business in 1999 to The Daily Mail Trust in the UK, following which he continued as Managing Director then Executive Consultant Director on the Australasian business DMG World Media.

Tino first visited Kibera in 2012 through his involvement initially with Brighton Grammar School and then directly with WFWIA Foundation.

Tino was initially asked to assist on the Management Board where he successfully co-chaired the Functions Committee and more recently on the Kitengela School Building Committee. He was honoured when asked to become a Board Director and is passionate about achieving the goal of making a better life for those in Kibera particularly the women and children.

To be involved in this charity is a joy, especially when you see the changes to the children and women in Kibera – giving them a real chance to change their lives.

You can make a difference today with a small donation, please help.